Some of the ongoing land use and regulatory cases affecting the Oregon coast in which Oregon Shores is engaged. 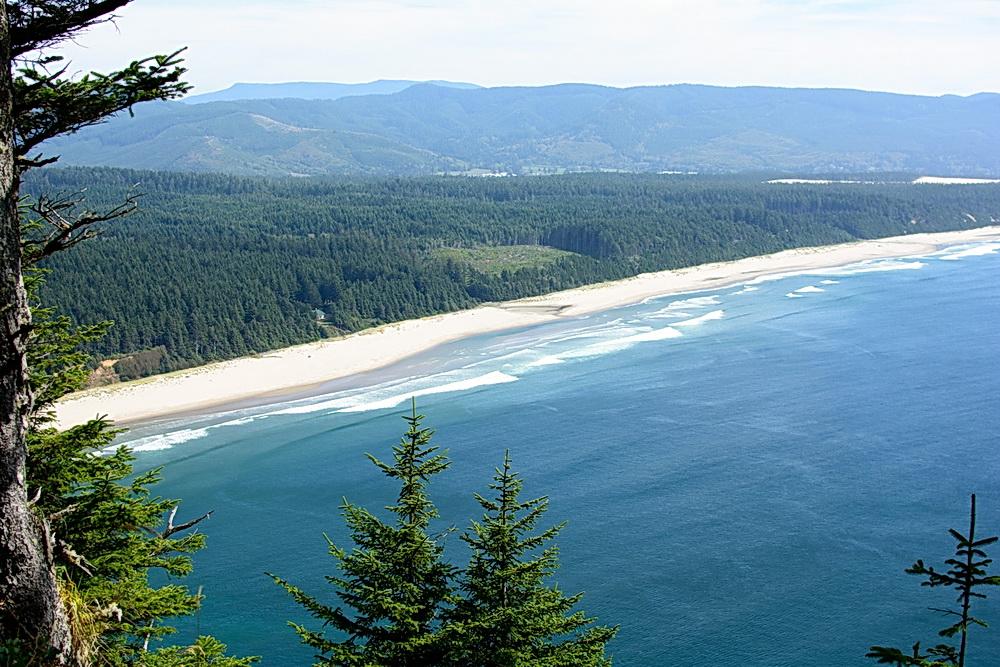 The Oregon Shores Land Use Program addresses the full range of regulatory issues:  not only those encompassed by Oregon’s comprehensive land use planning system, but also water quality and quantity, shoreline management, marine conservation, mining and forestry practices, and endangered species. We play a lead role in matters of coastwide concern, and also assist local groups with local issues, especially if these cases set precedents or have implications for  larger areas of the coast or patterns of development.

While we have priority issues identified by our staff and board, our activities are also driven by our members.  Whenever  concerned citizens are willing to speak out for their communities, Oregon Shores will provide, at the least, coaching and advice; with issues of wider significance, we often weigh in with comments, testimony or legal action.  Much of the Land Use Program’s agenda reflects our response to members’ concerns. Some current examples: 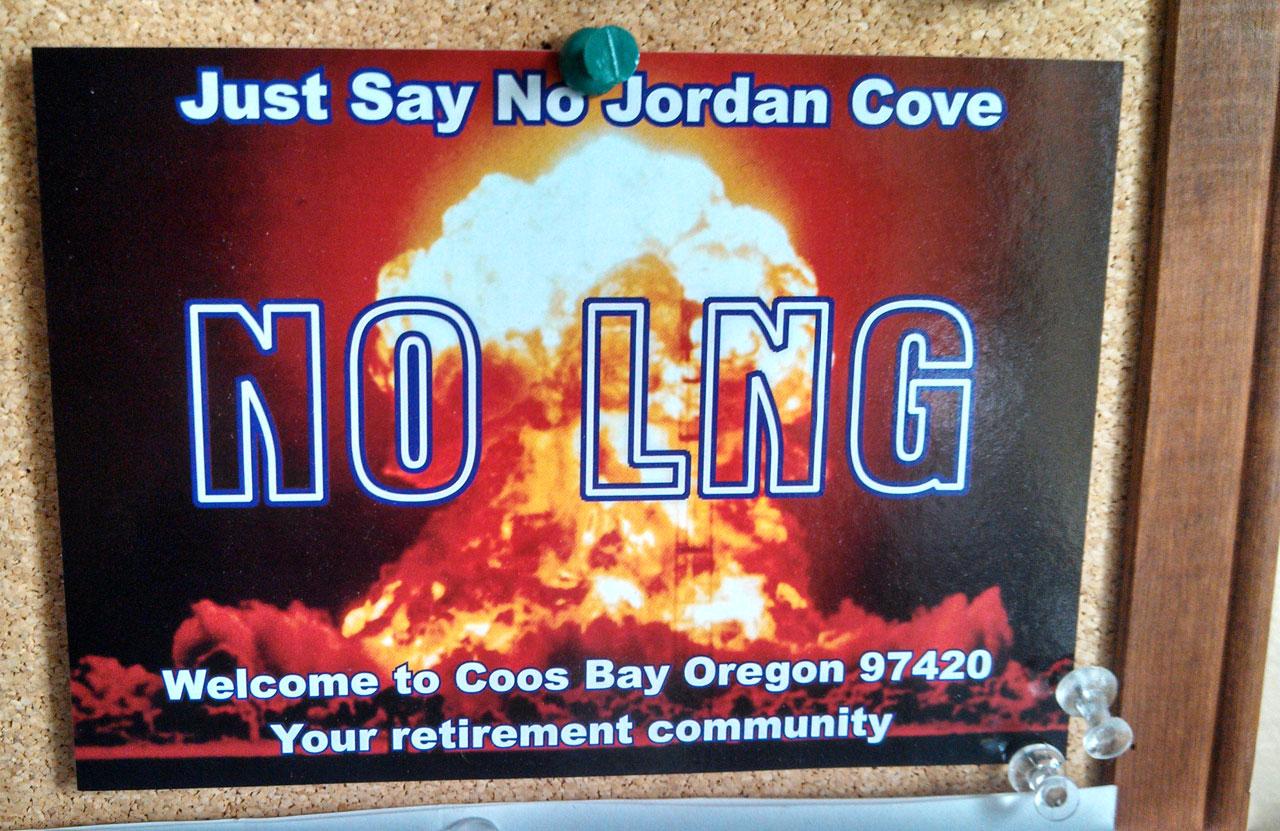 Jordan Cove LNG:  Oregon Shores has worked for nearly a decade to block development of a Liquefied Natural Gas (LNG) export facility proposed for Coos Bay’s North Spit, in an earthquake, tsunami, and storm surge zone.  Working with a large coalition of conservation and landowner groups opposed to the development, Oregon Shores has taken the lead in the land use aspects of the case.  We are currently appealing Coos County’s approval of the project to the Land Use Board of Appeals.  At the same time, along with other opponents, we are part of a “contested case” hearing, seeking to persuade the state’s Energy Facility Siting Council to turn down a companion proposal for the South Dunes Power Plant, which would be located close to the LNG terminal and supply it with power.  (Oregon Shores’ particular role involves opposition to the dredging and filling that would be done, damaging the Coos Bay estuary.)  We are also attempting to obtain a decision from the Oregon Department of Environmental Quality to deny the project on water quality grounds.  Opponents won a major but tentative victory early this year when the Federal Energy Regulatory Commission (FERC) denied Jordan Cove’s application, but FERC is now considering a rehearing and the battle continues.

Here is a more general overview of liquefied natural gas (LNG) issues on the Oregon coast.

Vested rights:  We have spent many years protecting coastal areas from would-be developers who seek to exploit a temporary loophole in Oregon’s land use laws created by the ill-considered Measure 37, which undermined the state’s planning system.  Voters quickly realized their mistake and restored regulation, but some landowners who had already begun to plan developments that would never be allowed under the existing laws claimed a “vested right” to continue.  We have thus far succeeded in blocking such developments, but are now in court in Clatsop County seeking to overturn the county’s overly compliant decision to allow such a claim to go forward.

Rockaway riprap:  Oregon Shores consistently opposes armoring of the shoreline, which destroys the natural shoreline and its habitats and may eventually result in the loss of beaches as they are eroded by rising seas and prevented by riprap from moving back.  In the Rockaway case mentioned above, Oregon Shores intervened on behalf of local citizens to oppose a riprap project intended to protect a house clearly built outside the city’s ocean setback line.  Rockaway’s planning commission and city council agreed with us that the structure didn’t qualify for riprap, and this in turn meant that the Oregon Parks and Recreation Department denied the permit.  The owner appealed to the courts, asking for a “writ of mandamus” forcing the city and state to allow the riprap structure, but he lost again.  He still hasn’t given up, and is now appealing to the Land Use Board of Appeals.

Crook Point:  We have thus far managed to prevent development of a golf course adjacent to the Crook Point Unit of the Oregon Islands National Wildlife Refuge.  The resort, if ever built, would bring a host of impacts to the state’s most diverse intertidal community, its second most-important seabird nesting area, and two state parks, in addition to the wildlife refuge.  Oregon Shores argued that the development would intrude on what should be classified as shorelands under the land use laws (we contended that the county had located this zone improperly), and that no adequate geologic hazard study had been performed. Our arguments have prevailed twice at the Land Use Board of Appeals.  Nothing has been heard from the developer in some time, but we continue to watch the situation warily.

Camp Meriwether:  Oregon Shores strongly opposes a looming development scheme to build a golf course on land owned by the Boy Scouts of America just south of Cape Lookout in Tillamook County. The Scouts’ Cascade Pacific Council is considering a proposal to lease 200 acres of forested land bordering the shoreline, where Camp Meriwether and its companion Camp Clark are located, to golf entrepreneur Mike Keiser. Exact details of the plan have not been disclosed, and no lease agreement has been signed, but it appears that the Council’s leadership has been orchestrating the plan with Keiser and intends to go forward unless there is sufficient public outcry. We have issued a statement voicing our position that allowing such a development would be poor land stewardship and a violation of Scouting principles, depriving future generations of Scouts of a wilderness experience.  At present we await word on whether the Council decides to go forward with the plan; if it does, we will do everything possible to oppose it on the basis of land use laws and other applicable regulations. (The photo at the top of this page shows the landscape at risk for golf development, including forest donated for Scout use that has already been clearcut by the BSA Cascade Pacific Council.)

Oregon Dunes: The nation's largest dune field stretches from Heceta Head to Coos Bay's North Spit.  It is an extraordinary coastal resource, and yet is threatened by invasive species (primarily European beachgrass) and dune buggy overuse.  Most of this area falls within the Oregon Dunes National Recreation Area, under the management of the Siuslaw National Forest.  The Forest Service assembled a working group to address these issues and restore the Dunes to the extent possible.  Oregon Shores has been represented in this process. During 2016 the working group outlined a three-pronged restoration strategy: preserve the components of the dunes ecosystem that are currently functioning best; restore conditions and processes (open sand, rare habitats) at specific sites; and restore landscape-level processes such as sand movement.  A draft of this "Oregon Dunes Restoration Strategy" will soon be revealed, and the working group will continue as the Oregon Dunes Restoration Collaborative.  Oregon Shores will continue to push for maximum possible restoration and strict regulation of motorized recreation. 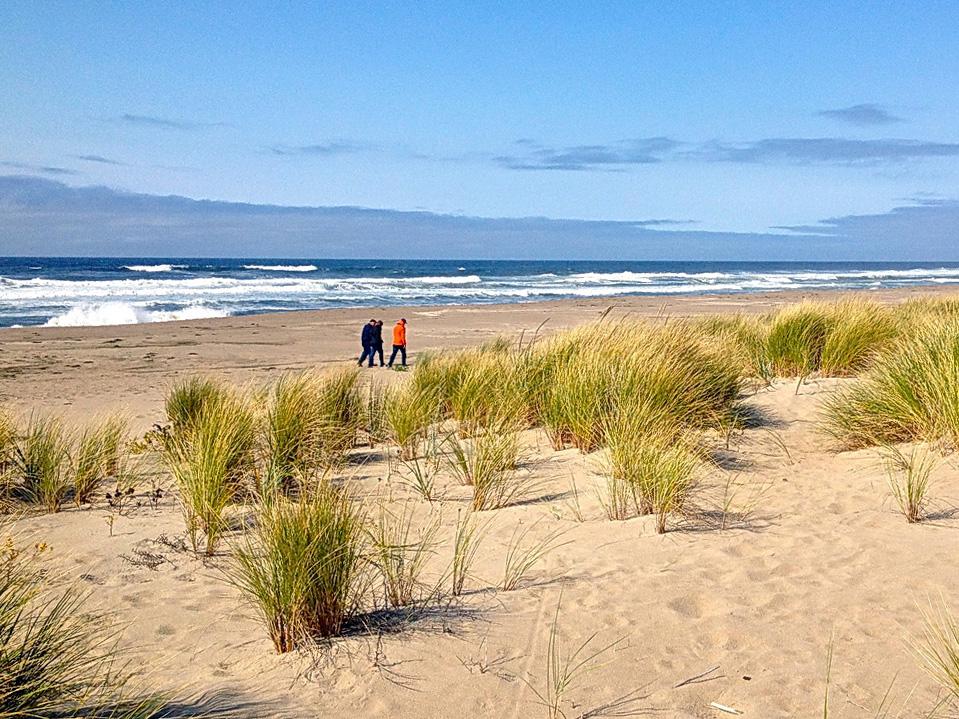 Horsfall Beach at the southern end of the Oregon Dunes. Photo by Dina Pavlis.