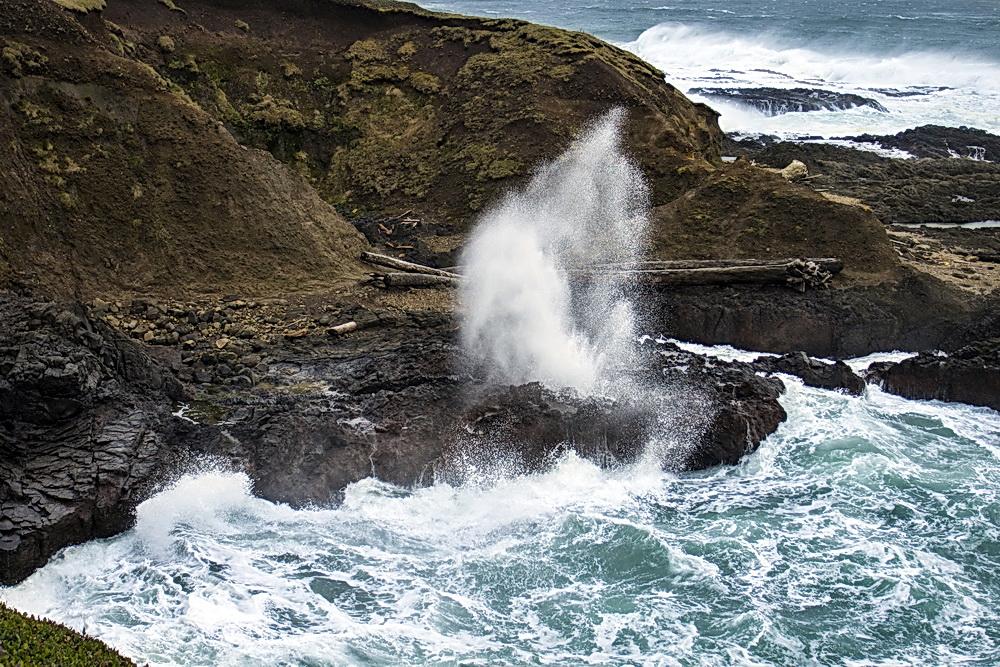 For the first time in a quarter-century, Oregon is revisiting the state’s policies that protect our rocky shores.  The current Rocky Shores Management Strategy, dating back to the early 1990s, was never fully implemented, and existing regulations haven’t been revised in the face of growing population, increasing pressure on resources, and the impacts of climate change.  Oregon Shores urged that the state's Ocean Policy Advisory Council (OPAC) launch a review of current policies, and we were pleased that the council did establish a working group for this purpose a couple of years ago, which is now well on its way.

The most recent draft of the new Rocky Shores Management Strategy is now available:  www.OregonOcean.info/RockyShores.

This combines previous drafts, and will be reviewed and presumbably finalized by the Rocky Habitat Working Group at a Jan. 16 meeting.  A public comment period is then planned for Feb. 1-20, 2020.

Some history:  The working group developed a draft of a new Rocky Shores Management Strategy (subsequently changed to Rocky Habitat strategy).  The draft was then approved by OPAC at its April 3 meeting, and sent on to the Land Conservation and Development Commission (LCDC).  The Rocky Habitat Management Strategy covers areas that fall within the state's Territorial Sea, and thus under statewide planning goal #19, under LCDC"s jurisdiction.  LCDC reviewed and adopted the draft at its meeting in Salem on May 24.  While we are not currently in a public comment period, you can certainly still send comments as a concerned citizen; it is doubtful that agency people will refuse to read your remarks just because it isn't within an official comment period.   Comments can be e-mailed to [email protected].

Oregon Shores is seizing this opportunity to advocate for increased levels of protection for key rocky shore habitats, clearer designation of special conservation areas, tighter regulations on harvesting of intertidal organisms, and a more thoughtful linkage of rocky shore management areas to the state’s new marine reserves and marine protected area.  Here are the original comments we submitted to the Ocean Policy Advisory Council.  We submitted updated comments on the draft management strategy prior to OPAC's April hearing.

Individuals submitting comments could argue for such improvements to the draft as: 1) basing all management of rocky shores on the "precautionary principle," whereby the presumption is that habitats will be fully protected, with harvests or other uses allowed only when solid science indicates that they will do no harm; 2) making it clear that the rocky shores belong to all Oregonians, not just "coastal stakeholders," and that any individual, group, or resource agency can submit proposed changes to the strategy at any time; 3) describing much more clearly how public education and citizen science relating to rocky shores are to be coordinated and supported, and by who.

Oregon Shores has long advocated for heightened management attention to the state’s tidepools and other rocky shore areas.  Much of the plan that was done in the 1990s was never impemented.  As our comments indicate, there are many rocky shore areas that we believe merit higher levels of protection.

As this planning process continues, see our calendar for listings for future working group meetings or rocky shores workshops, or find the full schedule and background information about the planning process on this website.

Oregon’s management of our state’s rocky shore areas falls under Goal 19 of our land use planning system, the goal that governs our Territorial Sea.  For background on the development of Oregon Shores’ strategy for managing our rocky shore areas, go here.  Note that the working group on rocky shores is actually a sub-group of the Territorial Sea Plan Working Group, which is considering all policies for the area between the intertidal zone and the three-mile limit offshore where state waters end and federal waters begin.

Oregon Shores members seeking to weigh in during public comment opportunities might describe their own reasons for visiting rocky shores and make observations about what they see in terms of use or visitation at such sites, along with any observations about visitor behavior that may be damaging to tidepools and other areas.  What do you think of current regulations that prohibit taking of shellfish and invertebrates in some popular places (e.g. Haystack Rock, Yaquina Head, Cape Arago) while allowing shellfish and invertebrates to be taken at other sites?  What would you think about unlimited harvest of turban snails, limpets, piddocks and other invertebrates?   How should school groups be handled to protect rocky shores while allowing education for the students?  Are interpretive or warning signs sufficient to protect these shores?  What do you think of the need for on-site rangers needed, especially in crowded summer season?  Is more public access to the shores needed?

See Oregon Shores’ comments for more ideas on points to make in calling for stronger conservation measures for our tidepools and other rocky intertidal habitats.