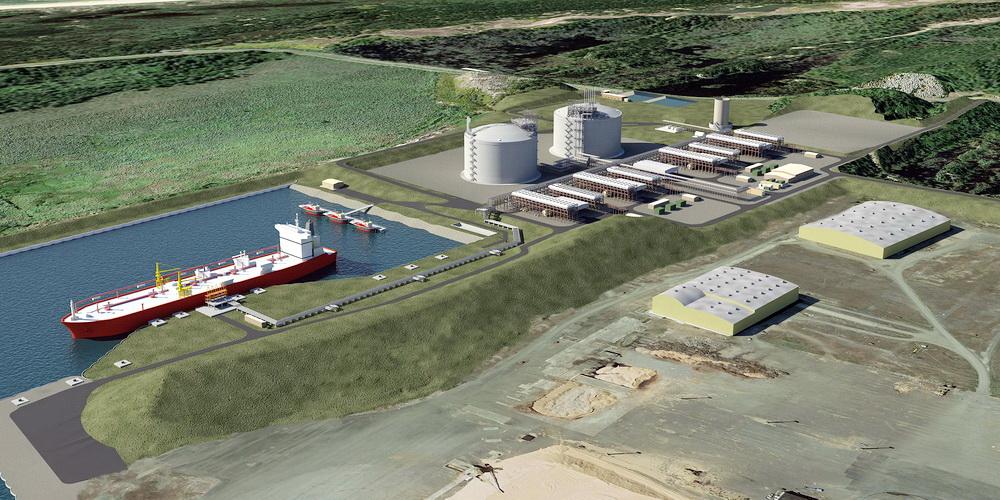 Oregon Shores has been fighting the effort to site an LNG (liquefied natural gas) export terminal on Coos Bay’s North Spit for well over a decade.  There have been many twists and turns to the saga.  But the latest development is extremely important for what didn’t happen.

On Feb. 8, the U.S. Department of Commerce denied the request by Pembina, the Canadian multinational behind the Jordan Cove Energy Project, to override the state of Oregon’s denial of certification for the LNG terminal under the Coastal Zone Management Act (CZMA).  Under the CZMA, if a state has an approved Coastal Management Program, as Oregon does, the federal government must be consistent with the state’s program in its own management actions (this is known as “federal consistency”). Pembina attempted to get around the state’s authority by appealing directly to the Secretary of Commerce, under an almost never-used provision of the CZMA.  Clearly, Pembina was hoping that the fossil fuel-favoring Trump administration would overturn the CZMA.  By the time the case was decided, however, the Biden administration, with a very different set of priorities, was in place.

In one way, the federal decision not to intervene doesn’t change anything; it simply leaves the current situation in place.  Pembina (Jordan Cove) must achieve state certification, which in turn means that the project must obtain the full range of necessary state and local permits, which it is very far from doing.  Without this state certification, the project cannot go forward.  As Phillip Johnson, Oregon Shores’ executive director, put it, "We're delighted that the federal government kept faith with Oregon and upheld the principle of state authority under the Coastal Zone Management Act.  This has all along been a decision for the state to make.  If Jordan Cove can't meet the standards of Oregon's Coastal Management Program, then it shouldn't be approved.  It clearly can't satisfy Oregon's standards, so the state quite properly turned them down.  Jordan Cove was attempting to get around the state's legitimate authority, so we're glad the Department of Commerce wouldn't let them get away with it.  This means that the issue can be settled here, on Oregon turf."

The Coastal Zone Management Act enables states to review projects requiring a federal permit for consistency with the enforceable policies of the state’s coastal management plan. In early 2020, Oregon’s Department of Land Conservation and Development found the Jordan Cove LNG project was inconsistent with the state’s coastal policies. The company appealed that decision, asking that the NOAA Administrator (part of the Department of Commerce) override the state’s objection. However, under the new administration NOAA would not go along, particularly noting the insufficiency of the record regarding impacts to endangered and threatened species, cultural and historic resources, and cumulative effects.

The CZMA has a provision that allows an applicant to seek override of a state's denial. In this type of appeal, the state's substantive basis for denial are not at issue. Instead, NOAA reviews whether the evidence supports a finding that the national interests of the CZMA furthered by the project (including economic development) outweigh the impacts to the state's coastal zone. NOAA found that Jordan Cove provided insufficient evidence to evaluate the impacts to the coastal zone, which means the state decision stands.

Oregon Shores, together with many allies, will continue to work to assure that Pembina never receives state and local permits for the project.