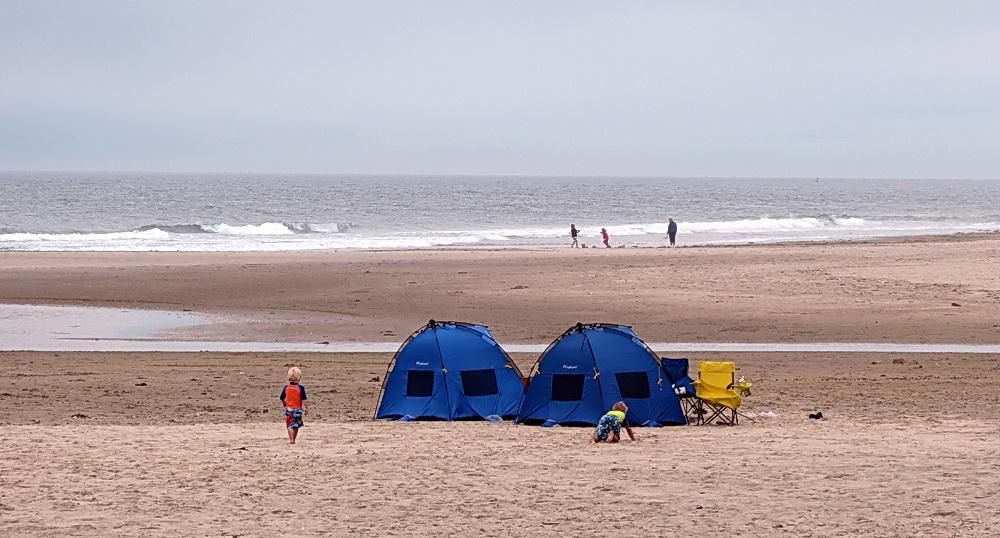 The Oregon Beach Monitoring Program, based at the Oregon Health Association Public Health Division, began its annual, regular evaluation of bacteria levels at beaches up and down the Oregon Coast, from Seaside to Brookings, May 22. Each year's monitoring period extends through Labor Day weekend.

Until recently, this year has been a quiet one for water quality alarms.  However, this week high bacteria counts were found in Miner Creek, just upstream from Bastendorff Beach (just south of the Coos Bay jetty), and in Big Creek at the footbridge in Sunset Bay State Park.  And last week, high bacteria counts were detected in two locations in Rockaway.  As with those just announced for Coos County, the Tillamook County locations are for freshwater sources to the ocean:  Rock Creek (South 1st Ave. parking lot) and Saltair Creek (South 6th Ave. access), both within the city of Rockaway Beach.

These findings demonstrate why water quality testing for waters that people encounter on the shoreline are crucial.  These readings show bacteria counts above the upper limit considered safe for recreational use of the water.  (Official alerts are only issued for marine water on the beach, not freshwater sources however close to the ocean, so alerts weren't issued.  However, people recreating on beaches crossed by these streams would be at risk.)

The 18 beaches being monitored in 2017 include:

Since 2003 Oregon Health Association has used a U.S. Environmental Protection Agency grant to monitor popular Oregon beaches and make timely reports to the public about elevated levels of fecal bacteria. State organizations participating in this program are the Oregon Health Authority, Department of Environmental Quality, and Parks and Recreation Department.

The state expects to see more beach advisories than in previous years because new BAVs are being used in 2017. In 2014 the Environmental Protection Agency updated its national beach guidance and required performance criteria for grants. EPA studies found that recreating in water with bacteria levels below the previous BAV of 158 colony-forming units per 100 milliliters of water (cfu/100mL) poses a health risk. EPA now requires states that receive funding for beach monitoring to adopt a new BAV that is more protective of the public’s health. The updated guidance provides safer standards for recreational waters across the U.S. and will help focus resources on the highest priority beaches.

Oregon Beach Monitoring Program will apply a BAV of 130 cfu/100mL for the 2017 monitoring season.  The Rockaway readings were 135 and 146, respectively.

Oregon Beach Monitoring Program initially set a new BAV of 70 cfu/100mL for 2017, and shared it with partners, stakeholders and the public last year. But the program proposed an alternative of 130 cfu/100mL to EPA for a number of reasons: summer coastal water temperatures on the Oregon Coast are colder than those found in locations studied by EPA, which limits the amount of time the most vulnerable population—children—are likely to spend time in the water; fecal bacteria concentrations in coastal waters are highly variable, which makes water quality predictions difficult; and a 70 cfu/100mL BAV would double the number of beach advisories, stretching program resources and requiring reductions in activities, such as monitoring frequency, the number of monitoring stations and efforts to find contamination sources.

“We are confident the new BAV strikes the right balance of health protection based on how Oregonians and visitors use our beaches,” said Curtis Cude, manager of the Public Health Division’s environmental public health surveillance program, which administers the OBMP.

Beach advisories will be publicized in OHA news releases throughout the 2017 season and will be posted at http://www.healthoregon.org/beach.