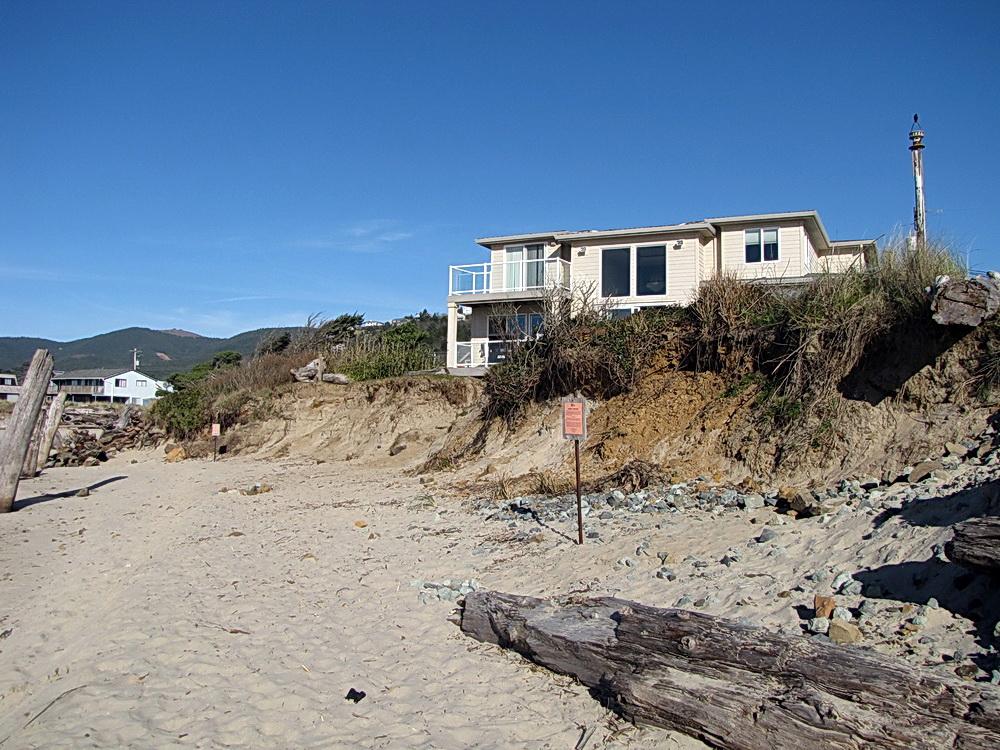 The saga of developer Tai Dang’s campaign to be allowed to riprap his controversial rental property in Rockaway may have come to an end, as far as the City of Rockaway Beach is concerned, but this is like one of those Hollywood movies that seems to have come to a satisfying conclusion, until a new twist is suddenly introduced. Dang's attorneys have now gone to court, seeking a "writ of mandamus" to force the city and State Parks to issue a riprap permit.

The Rockaway city council rejected Dang’s appeal of the city planning commission’s denial of his application on Aug. 10. The planning commission’s denial was due to a finding that Dang’s application was incomplete, but the underlying reason was that the house is clearly located west of the city’s ocean setback line, in a location where it should never have been built. The city council rejected the appeal on even more fundamental grounds—Dang and his attorneys never paid the standard appeal fee, so his application was moot.

However, Dang has now attempted an end-run around the land use process by going to Circuit Court for Tillamook County to seek a writ that would negate the land use decision--which in turn led State Parks to reject his application for a shoreline protection structure--and require both governments to allow him to proceed. The court hearing is Sept. 26. Both the city and state have filed responses asking the court to dismiss the case.

Oregon Shores is on the sidelines for the moment, not being a party to Dang's suit, but we are watching closely and ready to engage if the lower court finds in Dang's favor, which we would continue a violation of good faith in the state's land use process. Oregon Shores has been steadily opposing the effort to place riprap on this stretch of public shoreline for well over a year, and urged the council to uphold the planning commission’s denial. We argued both that Dang had failed to abide by the rules governing applications for shoreline alterations such as riprap (as perfectly symbolized by his failure even to pay the appeal fee), and that installing the riprap would deleteriously affect both neighboring properties and the public beach. The city agreed that the application was without merit.

(The city can’t grant the developer a permit to install riprap—only State Parks, which manages the public shoreline, can do that. But to issue a permit, State Parks must receive an affirmation from the local government that the property is eligible for riprap. The city informed the state that the property did not qualify under its plan, so the state dismissed the application. Also, it should be understood that Dang is not seeking to place the riprap structure on his own property; he is asking the public to give him a large swath of public shoreline to protect his private interest.)

This would seem to be a rare victory over the spreading blight of riprap, but we now have to wait to see how Circuit Court decides. Oregon Shores believes that this court claim is deeply flawed and just plain erroneous in many ways. The city and State Parks are the named parties and will be defending their actions, but we will be watching the case very carefully.