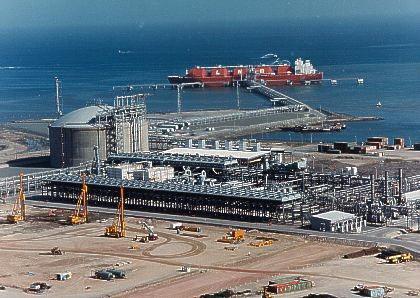 More than 180 organizations from 35 states have called upon Congress to launch a review of the Federal Energy Regulatory Commission (FERC), labeling it a “rogue agency.”  Oregon Shores was among them.

The group’s statement asks leaders in the Senate Energy and Natural Resources Committee and House Energy and Commerce Committee to hold congressional hearings into FERC’s extensive history of bias favoring energy developers over wider interests. The groups are also requesting reform of the Natural Gas Act, arguing that it gives too much power to FERC and too little to state and local officials.

“The time has now come for Congress to investigate how FERC is using its authority and to recognize that major changes are in fact necessary in order to protect people, including future generations, from the ramifications of FERC’s misuse of its power and implementation of the Natural Gas Act,” says Maya van Rossum, leader of the Delaware Riverkeeper Network and a primary organizer of the effort.

The letter to Chairman Fred Upton (R-MI), Chairwoman Lisa Murkoski (R-AK), Ranking Member Frank Pallone (D-NJ) and Ranking Member Maria Cantwell (D-WA) was signed by 182 community organizations representing communities from New Hampshire to California and from Washington to Florida.  All are united in claiming that FERC is failing to apply firm regulatory standards, resulting in uncontrolled and irresponsible proliferation of unneeded natural gas pipelines. The letter charges the agency with misusing provisions in the law to strip people and states of their legal rights, prevent fair public participation in the pipeline review process, and improperly use the power of eminent domain to take private property and public lands in a way that inflicts unacceptable harm to rights, jobs, and communities.  FERC has prevented communities from challenging projects before the exercise of eminent domain and pipeline construction, and granted power to consultants with conflicts of interest.

In addition to calling for hearings into FERC and the Natural Gas Act, the letter opposes any further advancement of language in the Energy Policy Modernization Act of 2016 meant to shorten critical pipeline review periods. Signers of the letter argue that the proposed law should be held in abeyance until after the hearings, where Congress will learn “how people’s rights, state’s rights, and the environment are already being abused under the implementation of the Natural Gas Act and so will be further harmed by passage of provisions proposed in the new law.”