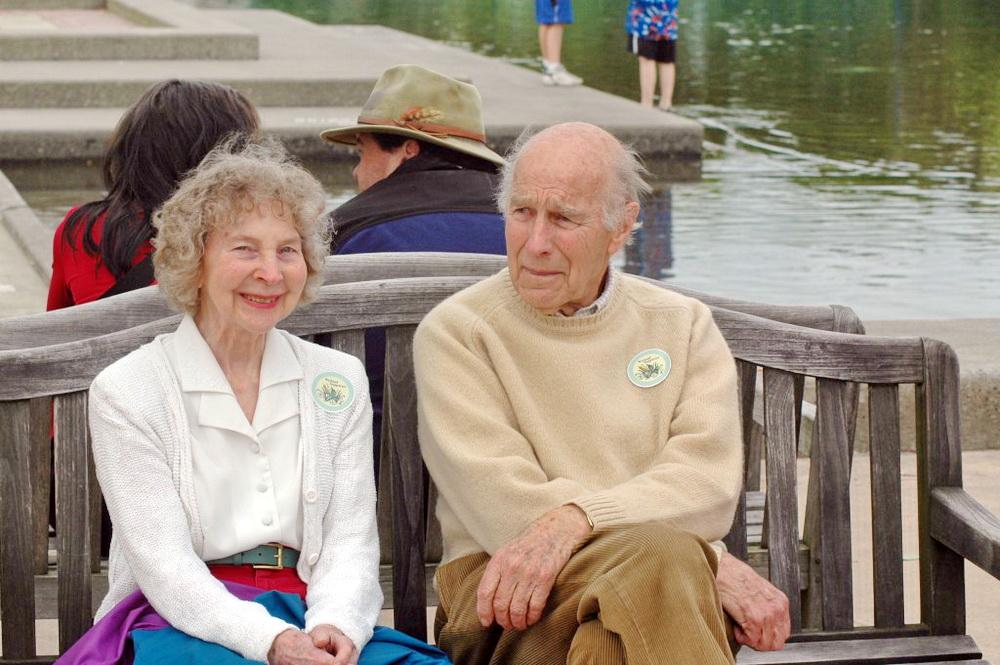 We regret the passing, but celebrate the life, of one of Oregon Shores’ original activists and leaders.  Jack Broome passed away in June at the age of 97.

Jack was a prominent Oregon architect for decades.  He is the “B” in Boora Architects, originally Broome, Oringdulph, O'Toole, Rudolf, and Associates, a major firm that made its mark on the Oregon landscape and continues to this day (now called Bora).

Jack then joined Oregon Shores’ initial board of directors and played a leading role on many issues during the ‘70s.  On our 40th anniversary, he was quoted in the Oregonian as recalling "We were a bunch of nuts -- that was the perception.  I can never forget being at the state Legislature and being called a communist and Nazi all at the same meeting. A lot of people were diametrically opposed to what Oregon Shores was doing."  He had a lot to do with why the organization survived and thrived.  Broome served as Oregon Shores’ president during the ‘80s.

He then went on to found The Wetlands Conservancy along with wife Althea Pratt-Broome, serving as its first (volunteer) executive director.  Along with Oregon Shores, this organization is a legacy Jack left the state.

Neal Maine, another early Oregon Shores board member who went on to found the North Coast Land Conservancy, calls Jack Broome “an icon of the art of doing conservation work,” and says of him:  “What I got from Jack was, confront the issue, but don't do anything that stops the conversation, stay with it for the long hall. You can have major disagreements with the ‘other side,’ but don't do damage that will break down the communications. I am proud to say that I was able to bring Jack's vision to the North Coast Land Conservancy as the baseline principle of NCLC and I am happy to say that the board adopted this baseline philosophy from the beginning and it has worked wonders.”

Jack’s many contributions to Oregon remain in the form of buildings, organizations, and a vision for wise, thoughtful, but determined conservation advocacy.