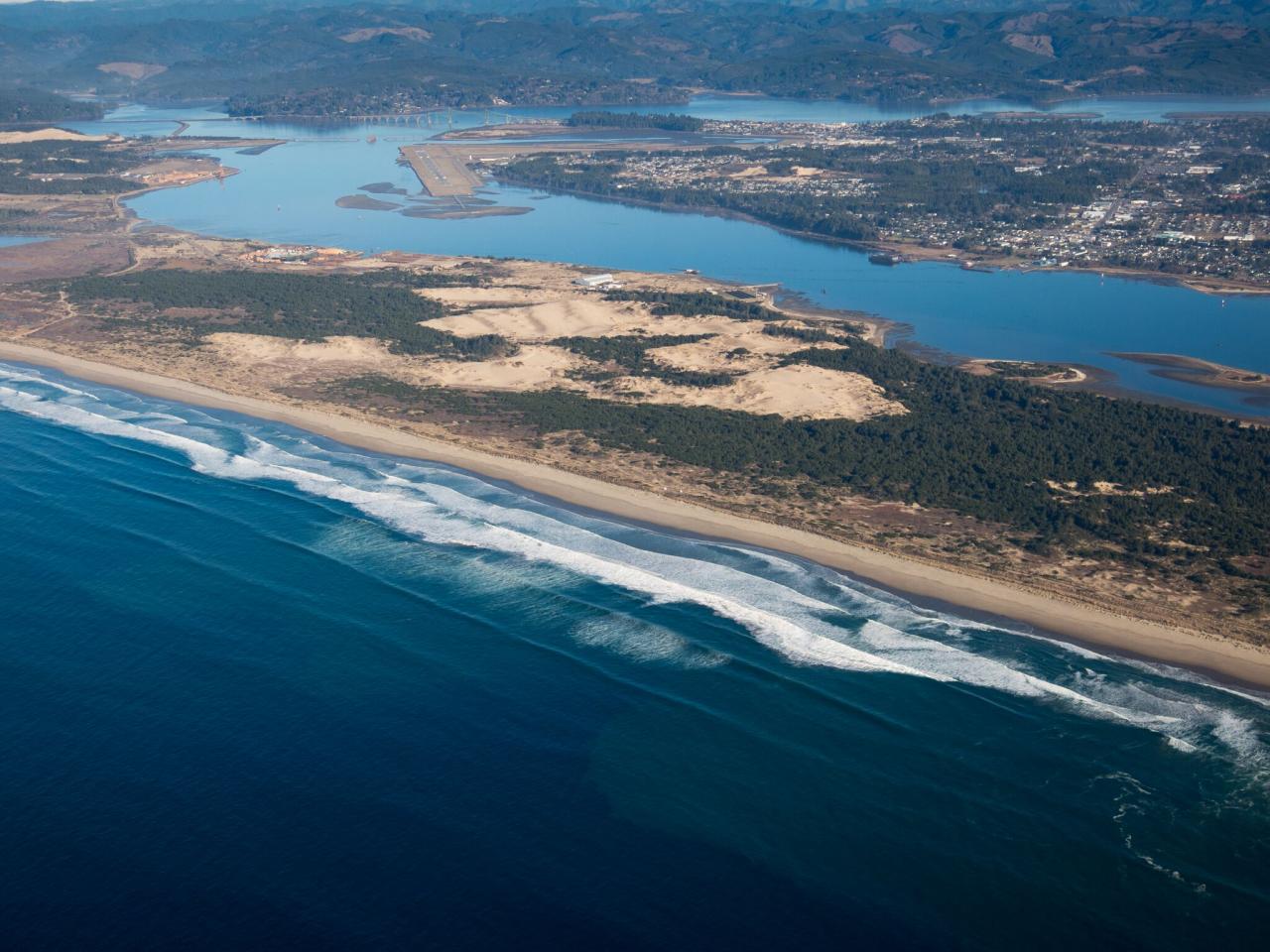 Oregon’s Land Use Board of Appeals (LUBA) on Monday, Nov. 27, ruled in Oregon Shores’ favor in our appeal of the land use approval issued by Coos County for the proposed Jordan Cove LNG (liquefied natural gas) export terminal on Coos Bay’s North Spit.  LUBA agreed with Oregon Shores on six of the seven arguments we made against the application as approved by the county.  The decision was “remanded” back to the county for further consideration.

The appeal was argued on Oregon Shores’ behalf by attorney Courtney Johnson of the Crag Law Center, through our Coastal Law Project partnership with Crag.  Several other organizations and individuals joined us as “intervenors” in the case.  We were also joined by the Confederated Tribes, of Coos, Lower Umpqua, and Siuslaw Indians, who also won a remand on an issue of their own, concerning failure to consult them properly.

The Jordan Cove Energy Project now has three options.  The corporation can appeal the LUBA decision to the Oregon Court of Appeals; ask Coos County to consider the application again, accepting new evidence and revising their decision to answer LUBA’s objections; or start all over.

For the time being, though, LUBA’s rejection of Jordan Cove’s land use approval is highly significant.  Without local land use approvals it should be harder for state agencies such as the Department of Environmental Quality and the Department of State Lands to issue permits regarding water quality, dredging and other aspects of the project.  This in turn means that the state could not certify the project’s compliance with the Coastal Zone Management Act (CZMA) which should make it harder or impossible to get federal permits. Under CZMA, the federal government is required to be consistent with a state’s approved coastal management program, so if a state declares that a project is non-compliant, the federal government should theoretically honor that decision by rejecting federal permits.

LUBA found that the county erred in its approval with respect to its treatment of the public benefit and public trust standard for the estuary; impacts to Henderson Marsh, which borders the site of the proposed terminal; dredge and fill impacts; impacts of dewatering at the terminal site; approval of the Southwest Oregon Regional Safety Center (which would house emergency responders); and reliance on permits from the Federal Energy Regulatory Commission (FERC) after FERC had denied the project last year.

This is a temporary victory.  Jordan Cove, having been rejected by FERC in its last attempt to gain approval for the project, has launched an entirely new, somewhat amended proposal.  This LUBA decision rejects the local land use approval for the previous proposal, the one denied by FERC.  In a way, this is like the Battle of New Orleans, in the War of 1812, a victory won after the war was officially over.  Both sides had continued with the appeal, though, because LUBA’s decision would have a lot to do with Jordan Cove’s land use application for the next round.  Had LUBA found in the county’s favor, it would have meant that Jordan Cove could have submitted a similar application for its new proposal, with only slight tweaks, and expected a quick approval.   Our successful appeal, though, means that Jordan Cove will face a much higher barrier in drafting a land use application that can pass muster—and might mean that the project can’t be approved under Oregon’s land use laws.  That would mean that we can block the project at the local level, regardless of the views of FERC and the Trump administration.